Michael and his wife Michele Williamson, currently serve as Evangelist and Women’s Ministry Leader for the London International Christian Church. They have been happily married for over a decade and have three beautiful children Sharayah (24yrs), Michael (12yrs), and Mia Grace (5yrs).  Michael has successfully led teens, single professional and marrieds, alongside Arts and Entertainment ministries in Oregon, Washington, California, and now London England.Michael and Michele believe in leading by example. Together they sold their home,  alongside most of their belongings, leaving family and friends to move to the UK as Missionaries.  Michael and Michele have both earned Bachelor degrees in Ministry from the International College of Christian Ministry (ICCM) (They are currently studying for their Masters).

Michele serves as a Women’s Ministry Leader for the London International Christian Church, and is devoted to counselling women and helping them heal from their past with the power of God’s Holy Word. She is very open and honest about her own shortcomings and believes that vulnerability is the key to healing and living a life free from shame. She is a sought-out public speaker and personal mentor to many women leaders across the world.Michael and Michele have a passion to seek and save the lost. 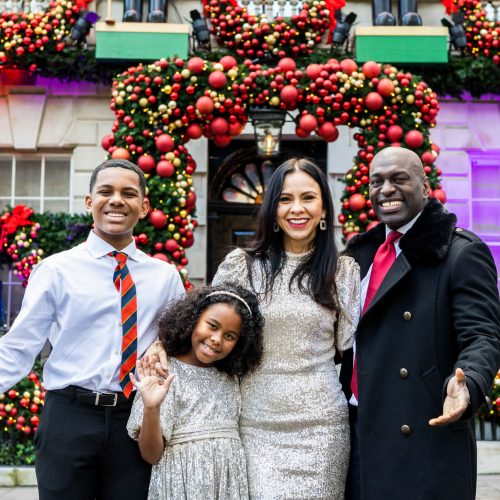 Fun Facts About The Williamsons

Prior to Michael’s call to ministry He pursued natural fitness training coupled with a successful acting career. Michael has had speaking roles in feature films including “Men of Honor”, “The Hunted”, TV Shows “Mad about You”, and done commercial work for Nike, Adidas, Wells Fargo, Nautilus, ESPN, Chevy, Ford, Subaru, Intel, and Hewlett Packard. Additionally Michael has also held Director level positions in the IT industry.

Michele was originally born in Vietnam to an English father, but was brought up in Perth, Western Australia where she lived until moving to the United States to study in 1996. Her favorite scripture is Ephesians 5:13 (The Voice):

“When the light shines, it exposes even the dark and shadowy things and turns them into pure reflections of light. This is why they sing, “Awake, you sleeper! Rise from your grave, And the Anointed One will shine on you.”